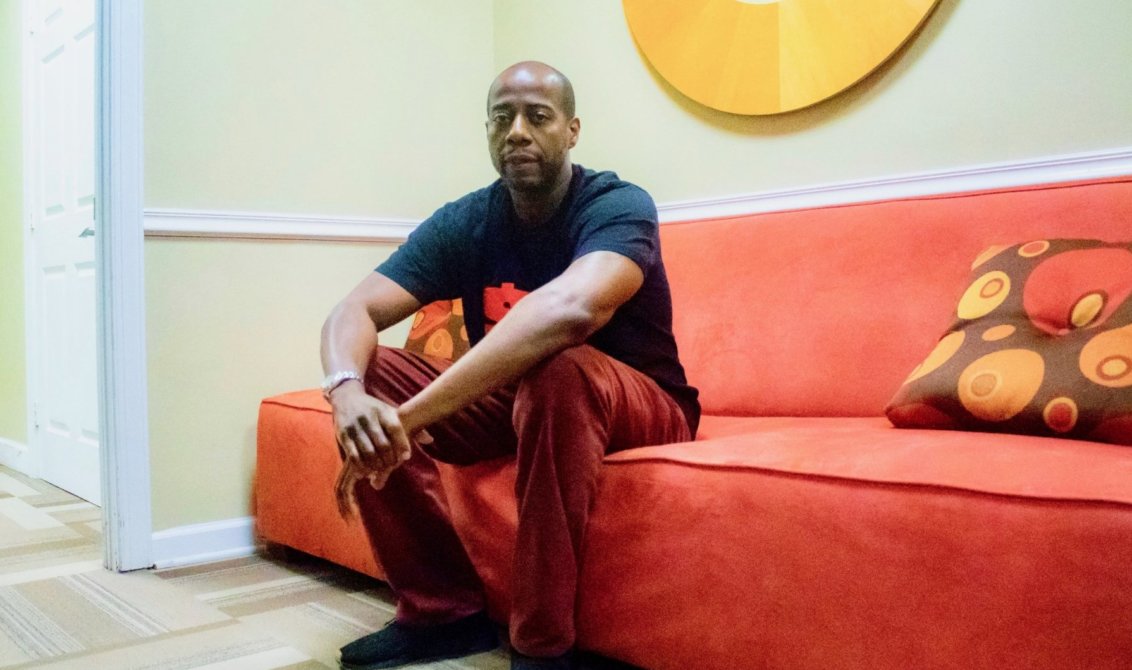 Arnold Taylor is the Charlotte native who signed DaBaby, and he has big plans for the city

The city of Charlotte has long yearned for a breakout musical artist. Over the last year, Charlotte rapper Jonathan Kirk, aka DaBaby, has skyrocketed straight to the top of the music industry with several songs currently on the Billboard charts including his album Kirk, which reached Number 1 on the Billboard 200 shortly after its release in September. He was also recently nominated for two Grammy Awards for his song “Suge,” from the project Baby on Baby released in March. As we watch the rise of young rappers who often help build an identity for younger generations in an ascending city like Charlotte, we often overlook the business and marketing minds behind the personas.

Arnold Taylor is a music executive who has paid his dues in the industry, and he’s about as Charlotte as you can get. Sitting in his Uptown South Coast Music Group office, we overlook the city on a rainy Gotham-like day coincidentally listening to several songs from DaBaby on the local radio station throughout our two-hour conversation. Taylor, who grew up on the south side of the city on Archdale Road, went to Olympic High and got his start in music working at a record store in the early ‘90s. Shazada Records was Charlotte’s first Black-owned record store– owned by Taylor’s godfather– and his introduction to the diverse universe of music. “For me the music stuff started during high school, but not really the business, just the love of music. It started from working in the record store. I started really seeing the power of music. And at that point retail was it. Everyone who came into the city came into the record store,” Taylor said.

Scouring through records of all genres and reading the credits on vinyl records, Taylor started building a curiosity of the business behind the music. “I was always big into the credits because I knew those names would one day ring bells,” said Taylor.

As he slowly started to build his reputation as a music aficionado, customers would frequently test his knowledge. “I knew my music. I’m always gonna find a way to learn a culture. If a 50-year-old jazz guy came in, I wanted to make sure I knew what was hot. I wanted to make sure, as a young guy, he would respect me,” he said.

That knowledge would prove to become valuable over time as he developed relationships with not only the local DJs in Charlotte but record execs in the region as well. Eventually, his knack for pushing the right artists caught the eyes and ears of record labels who would send Taylor (attending CPCC at the time) 12-inch records for him to promote directly to radio stations and DJs across the Carolinas. “They would pay me $150 down and $100 a month, so I thought I was rich,” said Taylor. “I would fax…my top 50 chart every two weeks, and in turn the labels would send me new vinyl because they wanted me to promote the records.”

Taylor caught the attention of a record exec by the name of Parrish Johnson who gave him his first industry gig at Death Row Records as an independent regional rep. After Death Row’s eventual demise, he went to Blackground Records, an emerging label that housed up-and-coming producer Timbaland and the late Aaliyah. “I never really wanted a label job, I just wanted to get the respect of having a label job to build my name,” he said.

Traveling to New York and LA doing national mix shows for two years, Taylor became well known in industry circles as the “Kid from Carolina.” After stints at Def Jam, Geffen, Interscope, Universal, and Epic, Taylor started to have grander visions of his own operation. “My last job was Epic records with L.A. Reid, because I kinda had a little bit of history with L.A. at Def Jam, but I left a little before he got there, then Benny Pough brought me on.”

Now with a little more experience under his belt and more credibility in the business, Taylor was helping to sign artists directly. “Cash Out was the first artist I signed, and I wasn’t an A&R but I think Benny and L.A. kind of had respect for me to sign artists. Epic signed Future, I was the first one to really run with Future and he had everything he needed from the ground up, just breaking him from a label’s standpoint. Then I brought Yo Gotti over cuz I was already consulting Gotti,” said Taylor.

After several years helping to break artists for major labels, he started to grow weary of the corporate music industry structure. Taylor was also longing to help represent for the Carolinas by nurturing a hometown artist. As he started to see hip-hop spread across the country with artists bubbling from cities across the south, he became restless. “You tellin’ me there isn’t any artists from the Carolinas you want to give a shot to? I don’t believe that. When the South finally got hot, it was Memphis, St. Louis, Atlanta, Texas, it was everywhere but here [Charlotte],” he said.

In 2014 Taylor met Jonathan Kirk, who at the time went by the moniker Baby Jesus. “When I first met him, he was just trying to figure it out. He already had the Boosie feature and went to South by Southwest. South by Southwest was the first thing that made him want to be an artist. He started to see he was getting love there,” Taylor said.

Having a strong understanding of personalities and the drive it takes to break an artist, he was looking for specific traits and qualities to spearhead his label. “I just needed the fearlessness in him, he’s just fearless…We need to come in loud and aggressive, and we gotta make Charlotte believe. It can’t be someone timid and shy,” said Taylor.

After signing Kirk and releasing a couple mixtapes under South Coast Music Group, the music started to resonate with fans across the southeast. With Taylor’s industry experience and radio connections paired with Kirk’s work ethic and charisma, there was a strong trajectory for the Charlotte rapper, but still some resistance.

In November of 2017, DaBaby and SCMG released the mixtape Back On My Baby Jesus Sh!t which featured a track called “Pull Up Music” that showcased a gritty and raw visual of street life in west Charlotte. The momentum from the project led to a more refined sound and visual aesthetic for Baby Talk 5 which caught the attention of Jay Z’s Roc Nation. While the following project Blank Blank was distributed by Roc Nation’s distribution arm Equity Distribution, the deal fell through. But with the success of viral songs like “21” and “Walker Texas Ranger,” mixed with the stimulating music videos by production team the Reel Goats showcasing DaBaby’s natural charisma and magnetism, DaBaby was the most in-demand independent artist in the industry. “Everyone started calling after that. Blank Blank was probably one of our most important albums,” said Taylor.

With DaBaby’s well-documented rise and accolades that have piled up in 2019 including two solo Grammy nominations, the XXL Freshman Class cover, BET’s Best New Artist, and several charting songs on Billboard, Taylor has his eyes set on bigger goals for the label and for Charlotte. “I don’t bathe in my success, man. I’m on to the next, I’m already on 2023. I’m trying to keep elevating DaBaby to be the best he can be. I wanna keep on puttin’ on for the city, I wanna keep blowing up the SCMG brand,” he said. “We just beginning, bro. We got so much sh*t to do. I gotta chip on my shoulder, I got something to prove right now. We tryna be the next Def Jam the next Cash Money, the whole nine.”

The label is already making a ton of noise with other artists on the roster. Columbia, South Carolina’s Blacc Zacc signed to Interscope in September and is gaining momentum as one of the fastest-rising trap rappers in the south. Budding 18-year-old Raleigh artist, Toosii, who recently signed to label, is also cultivating a strong Gen Z following with his melodic street rap-singing style.

With efforts clearly concentrated on the label and developing more talent in the city, Taylor is devising a plan to build a compound with studios, training facilities, development centers, TV and film production: “I really just want to make sure we make the city proud to be from here. That to me is the most important thing is making sure the younger generation is proud to be from Charlotte.”

Strong socio-economic divides have often shunned hip-hop culture in the city, but as a true Charlotte native with grand ambitions continues to flourish on a national scale with one of the most alluring artists in the game, the future looks luminous for the music industry in the Queen City and South Coast Music Group.

Check out more on South Coast Music Group and watch the music videos for “BOP” and “Suge” by DaBaby, directed by the Reel Goats.

‘Frozen II’ is mildly entertaining, but lacks heart and purpose
Next