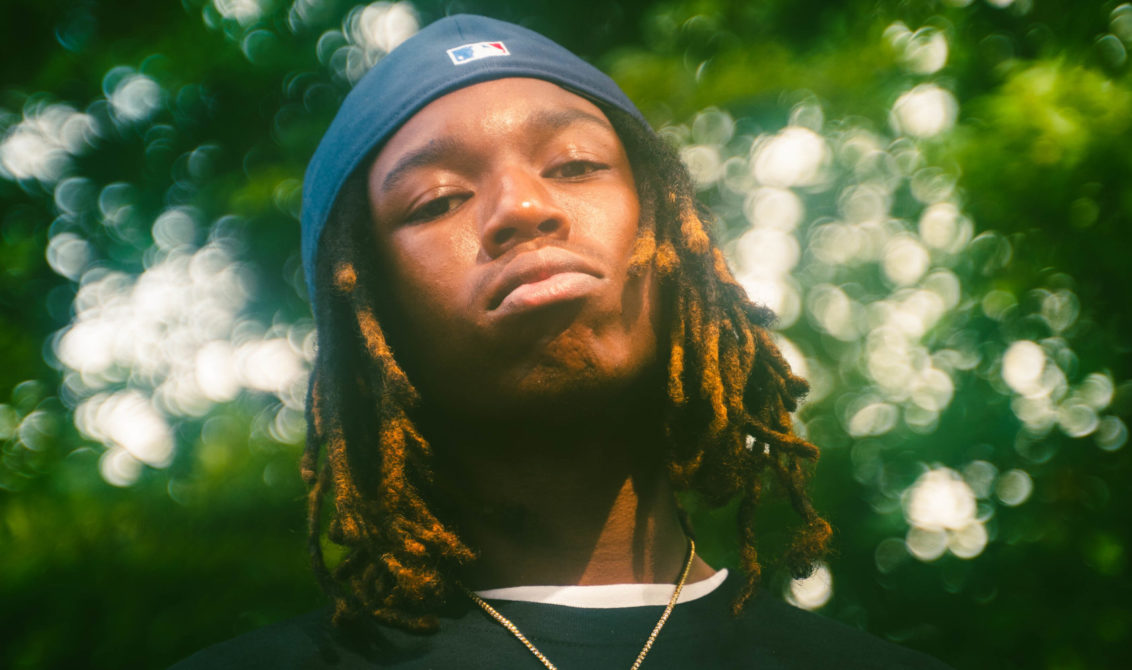 Charlotte’s Mavi released his sophomore album Laughing so Hard, it Hurts, following his critically acclaimed 2019 debut LP Let the Sun Talk, which also dropped in the month of October. The month is presumably a special time for the emerging rapper, as his birthday preceded both albums by a little over a week. In many ways, his birthday is immortalized in the form of new perspectives and new albums. While Let the Sun Talk was a portrait of a freshly minted 20-year old discovering the extent of his powers as a rapper and Black man in the world, Laughing so Hard, it Hurts elaborates on what he has learned since– about himself, the life from which he came, and the life he’s now living.

Supported by soulful and thoughtful production, listeners will hear Mavi ruminating over life’s traumas and lessons in his signature deadpan, unsteady delivery. On the first track, “High John,” Mavi acknowledges the conflicting nature of his ascent as a “cool kid” in the rap game with his ever-present past traveling alongside him (“Money got bigger but my problems never shrunk down to size”). In this album opener, he concludes his quest for love outweighs his desire to be considered “cool,” as he reflects in the refrain, “if they still make love in his size.”

Mavi’s inner conflict manifests throughout the soundscape of the album. Sporting an array of production styles from Wulf Morpheus, Dylvinci, CoffeeBlack, and Monte Booker, the wall of sound consists of traditional boom bap, lo-fi glitch hop, and contemporary trap rap. In its more ambitious corners, the album embraces a cacophony of sounds that ultimately create a kaleidoscope of soul, alternative, and hip hop music. “Baking Soda” might be the pinnacle of this embrace.

This sonic conflict isn’t entirely new to hip hop. In fact, some might compare Mavi’s sound to that of Earl Sweatshirt, and rightfully so. The two rappers worked together on “EL TORO COMBO MEAL” from Earl’s 2019 LP, Feet of Clay, and both share a love for rap music’s more dissonant sounds.

Mavi’s particular relationship with conflict is a cornerstone for his lyricism on Laughing so Hard, it Hurts. The groovy “Spoiled Brat” finds the Charlotte rapper boasting about his originality, while the neo-soul influenced “Doves” forsakes pride for vulnerability, as he admits to the world that his wings hurt.

Vulnerability is another theme in this 38-minute album. Mavi is not afraid to bear it all about everything he’s feeling. “Quiet on Set” is a somber confession that sometimes he feels like a director of his life, while most times, he feels like an actor. “3 Left Feet” focuses on love lost, admitting that “he didn’t like the way things ended” with his ex, while “My Good Ghosts” explores her absence. “Hemlock” reflects on the sacrifices he has made to make his dreams come true, while “Having My Way” celebrates the fruit of his labor in true braggadocio, trap rap fashion (“Having my way / I’m having my way with this sh*t”).

In the penultimate track, “Chinese Finger Trap,” Mavi addresses the never-ending, illusive race to the top: “Feel like the harder I work, the smaller the escape / The taller the gate, they say it’s all in the game / And I should feel honored to race.” The final track, “Last Laugh” suggests that, in the end, he will be the one “laughing so hard it hurts.”

In his sophomore album, Mavi has something to say. He outlines a modus operandi for himself– “optimism with some moderation”– making balance the last central theme of this album. Mavi poignantly attempts to reconcile the ebbs and flows of his newfound life by weighing both highs and lows equally, making Laughing so Hard, it Hurts an impressive entry in hip-hop’s canon of coming-of-age albums and, ultimately, a worthy addition to the emerging rapper’s discography.

Listen to Mavi’s Laughing so Hard, it Hurts now available on all major platforms.

LAUGHING SO HARD, IT HURTS VINYL ON SALE @ 1 PM TODAY VIA https://t.co/Fz6gsE0KKW pic.twitter.com/R3HDtHGetp

Want to win 4 tickets to Carolina Renaissance Festival for your family or crew?
Previous