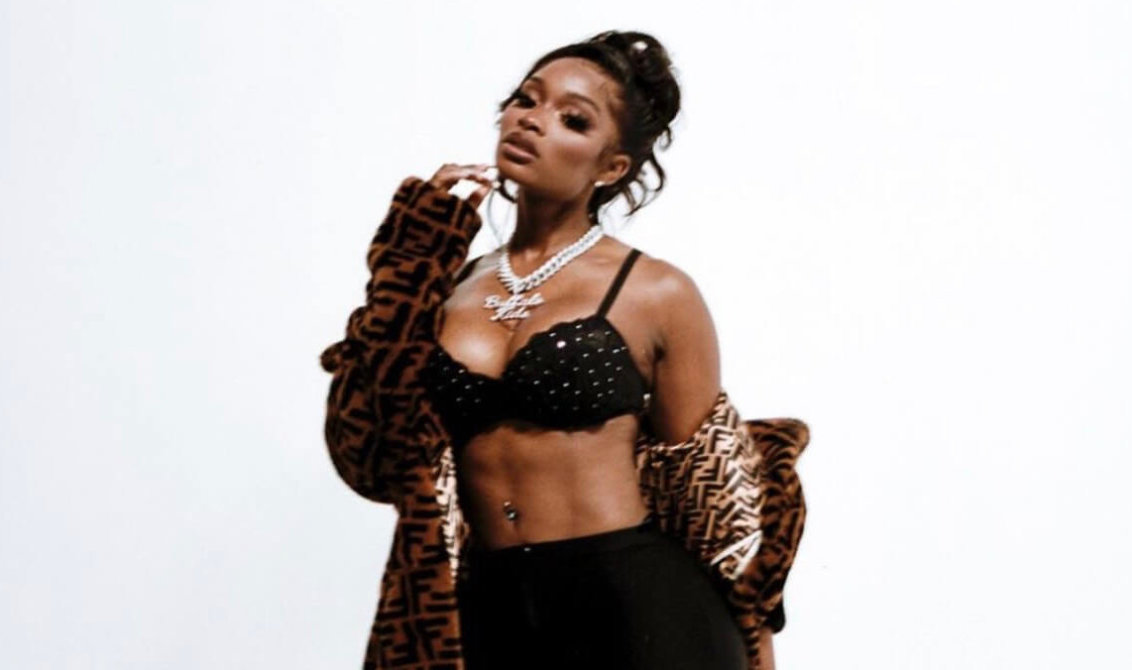 There haven’t been many runs in hip-hop like Griselda Records’ current streak. The rap collective and independent record label, founded in 2012 by Buffalo rapper Westside Gunn, has released a steady pace of rugged and street-wise mixtapes and albums since its inception, and 2020 has been a banner year.

In addition to Westside Gunn and his critically acclaimed albums Pray for Paris and Who Made the Sunshine released in 2020, the label is also home to two of the hottest rappers in game: Gunn’s cousin Benny the Butcher, who released his album Burden of Proof in October, and Gunn’s half-brother Conway The Machine, who dropped From King To A God in September. Now under Jay-Z’s Roc Nation management umbrella, Griselda Records has taken the patient road less traveled to the pantheon of current hip-hop labels. The raw and uncut sound of the label’s principal artists is reminiscent of the late ‘90s grimy New York subway hip-hop era and less of the modern auto-tuned trap rap-singing. The Griselda sound, style, and movement that started in 2012 has now come full circle. In March, the label introduced their first femcee, Armani Caesar.

The First Lady of Griselda

In the era where the Griselda sound derived, hip-hop collectives and labels traditionally introduced a “first lady” of a group. From the vixen archetype Lil Kim on Puff’s Bad Boy Records to Foxy Brown on the short-lived Nas-led supergroup The Firm, to Eve of the Ruff Ryders, the “first lady” was as hip-hop as Westside Gunn’s signature gunshot ad-libs.

While many may have been introduced to Armani Caesar from her lauded major label debut, The Liz, released in September, Armani’s story traces back to Buffalo where she got her start at a studio called Buff City. She would later go on to form a group under the same name (Buff City) with Westside Gunn, Benny the Butcher, and Conway The Machine under the supervision of studio owner and Buffalo rap impresario, the late DJ Shay.

Who is Armani Caesar?

Born and raised on the east side of Buffalo, Armani Caesar is a rising rapper, fashion enthusiast, and the “first lady” of Griselda Records. She also has some close ties and connections to North Carolina. Armani has lived in Charlotte since 2017 and attended North Carolina Central University in Durham. While Buffalo is the city that molded Caesar– attending the Academy for Visual and Performing Arts in Buffalo from 5th to 12th grade– she feels like an adopted North Carolina native. Armani’s aunt moved to Charlotte in 2000, so North Carolina has always been a second home.

“I love Charlotte. I’ve been coming down here since I was like a little girl. So I’ve actually watched Charlotte grow over the years to the city that it is now,” she said.

Armani’s Griselda Records debut, The Liz, is a brash and fluid rap manual on how to navigate the streets, studios, and clubs as a woman devoted to the hustle, maybe best described by the lyrics on the track “Ginger Rothstein”: “Hustler’s blueprint (Uh-huh), just a steppin’ stone, bitches (Yeah) / Was up a couple hundred thou’ as soon as school finished (Facts).” Much like Sharon Stone’s character in Scorcese’s 1995 film Casino who inspired the song title, Armani holds her own in the tale of Griselda.

The album has received strong reviews, and people are taking notice.

Like many millennials, Armani grew up on hip-hop and, with a mom who was a big fan of the genre, she received CDs as early as five years old. “I remember being a kid listening to Lil Kim. And like, I was just amazed. It was just so fire to me to hear her talking like this and rapping verses that were always my favorite on whatever Junior Mafia song that she was on,” she said.

With early influences from Missy Elliot to Trina, a young Armani would hear the boys in her neighborhood freestyling– sometimes on her front porch– and think, “I can do that.”

Most of Armani’s earliest recordings were done in a DIY fashion on a PC over downloaded instrumental beats burnt onto CDs, but when she was 16 years old, she saw a flier advertising a local recording studio. This moment would ultimately lead to the beginning of her rap career. The flier promoted a 10-hour block of studio time at Buff City Studios, owned by the late DJ Shay, who passed away in August from Covid-19. The legendary Buffalo hip-hop figure who started producing, managing and recording Westside, Benny, and Conway in the early 2000s was also responsible for starting Armani’s career.

“DJ Shay believed in me before anybody. I would’ve never met Benny, Conway or Westside if it hadn’t been for him. His studio was the first studio I’ve ever recorded in,” Armani expressed in an Instagram post shortly after his passing.

With the signing to Griselda Records and the success of The Liz, 2020 has been bittersweet for the rapper. She reflected on her beginnings in Buffalo with DJ Shay: “Buff City was the best studio, like the highest quality, it was just lit and all of the best rappers went there. Whenever they came to Buffalo they went to Buff City…all the guys that were the nicest, that could rap, they recorded at Buff City.”

When it came time to decide where Armani wanted to attend college, North Carolina made sense, and it was somewhat eye-opening for her. “It was a whole different experience. Like going to my first game, my first tailgating experience, my first homecoming experience, being around all them people that look like me,” she said. “Being around Black people that were wealthy, or like females that were army brats that grew up in like, Guam, and you know, in China and stuff like that. Those kinds of experiences and seeing people that actually did do something with their lives and weren’t a drug dealer or a CNA, that was huge for me, and it made me start dreaming bigger.”

Originally interested in nursing, Armani pivoted to computer and information science before finally finding her lane in marketing, but it was the “Hip Hop in Context 1973-1997” class taught by North Carolina’s own 9th Wonder and Christopher “Play” Martin (Kid-n-Play) that made the biggest impact.

“That was the best class I ever took, like, you know, college was cool for the experience and growing up, and just meeting a lot of people, but I will say that Hip Hop in Context class really changed the direction of my life, because I knew then that I wanted to take music serious, I knew that,” she said.

Armani is a Hustler

While learning about hip-hop from 9th was a meaningful experience, Armani’s marketing education and business prowess led her to stray away from school to gravitate toward something more immediate: money. With an entrepreneurial spirit and aspirations of becoming a rapper, Armani started dancing at strip clubs. “I wasn’t in the clubs, drinking and smoking, like it literally was a job for me, I treated it like a hustle, you know, that was what funded me chasing my dream.”

While Buff City was on hiatus, Armani had to finance her career, and the dancing offered steady and immediate cash. In 2015, she released the mixtape, Caesar’s Palace hosted by North Carolina native, DJ E. Sudd. She started building her name in the Carolinas but was starting to grow weary of the music game, until a serendipitous call from singer-songwriter and producer Rico Love landed her a feature on Love’s 2015 album Turn The Lights On with Raekwon of the Wu-Tang Clan. Then, in 2018, Armani’s single “Can’t Take Him Back” from the album Pretty Girls Get Played Too got radio play in the region.

Prior to getting the call from Westside Gunn about signing to Griselda, Armani began to again grow fatigued about her rap aspirations. Just as she considered quitting, she got the call and was officially signed to Griselda in March of 2020. This wasn’t the way Armani imagined her major label debut unfolding, as the pandemic limited her exposure to parts of the world, but it’s still been a monumental year with the release of her album, The Liz.

On the 11-track Griselda debut, she stands bar-for-bar with Benny, Westside, and Conway. On “Simply Done,” Armani barges into the classic DJ Premier track, reminiscent of Lil Kim in the thick of the Bad Boy mid-’90s wave, when lo-fi hip-hop remixes ruled the radio. Garnering praise from several national publications and outlets, The Liz earned an impressive 7.2 from the often hypercritical music publication, Pitchfork.

Now calling Charlotte home, Armani has established roots in the South while maintaining her Buffalo grit. Her path to where she is today and where she’s prepared to go may have been strenuous, but it all seems to make sense now: “So many different things prepared me for what’s going on now, like internet trolls or things not happening right away and stuff like that. Patience is really a virtue,” she said.

As her streams and impressions continue to soar, Armani also takes pride in managing her boutique clothing business Armani’s Closet, and helping mentor young women on business through her e-books. As far as what’s on the horizon, she’s staying focused: “My goal is to continue to make great music, drop fire visuals to go with them, and then continue to build my fan base.”

With Armani’s hustler spirit, Buffalo toughness, and adopted Southern charm, there’s no question that her rap talent will shine bright on Griselda. In an industry of overnight successes and viral superstars, it’s refreshing to see hard work and persistence still pays off.

Listen to The Liz by Armani Caesar on Griselda Records, and watch the music video for “Simply Done” produced by DJ Premier featuring Benny the Butcher. Follow Armani Caesar on Instagram, Twitter and Facebook.

Armani Caesar will release her long-awaited follow-up, The Liz 2, on October 21, 2022 through Griselda Records.

Panthers pull out all the stops, proving their potential against Super Bowl Champion Chiefs
Previous

Want to win a car pass for five people to see St. Paul and The Broken Bones at a drive-in concert?
Next