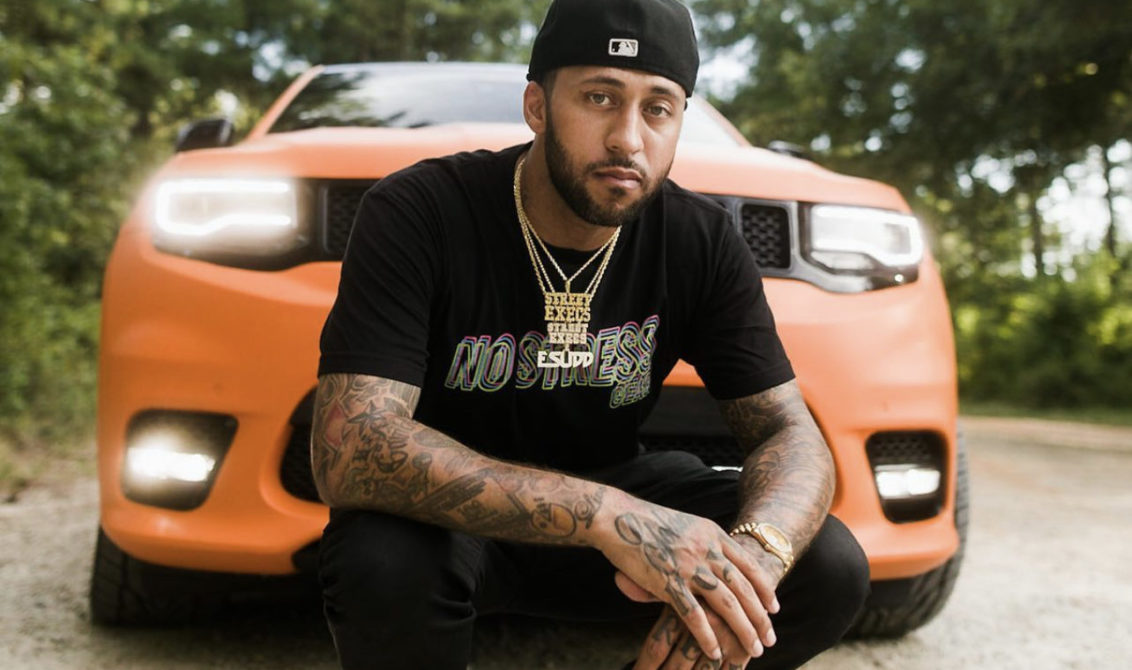 Today, music is highly accessible. An artist can upload a song or album instantly to all of the major streaming platforms and be heard all across the world. But it wasn’t long ago when radio ruled the airwaves and DJs played a vital part in discovering and sharing artists in cities worldwide, especially in hip-hop music.

In the Carolinas, E. Sudd is a name familiar to many. Erik Sudderth, a High Point native has spent the last several years touring the world as the official DJ for rapper, 2 Chainz, but his start in the music game started long ago. It began at Welborn Middle School where access to a CD burner and the popularity of music sharing software like Limewire and Napster allowed him to become a source for hot new music in his city.

Connecting people through parties and sharing music has always been a constant in Sudd’s life. Growing up in High Point, not far from North Carolina A&T, the marching band is also a big part of Southern music culture.

“I grew up right around the corner from the high school, so every day I would hear the band practicing,” he said. “Both my parents loved music. So like, music was always played, I guess my first genres I was into was reggae and jazz. That’s what my dad had me on.”

Self taught the old fashion way– prior to YouTube tutorials– Sudd learned to DJ on a belt-driven “box” kit before his friend and colleague DJ Smooth– who headlined his high school parties– showed him the ropes. Buying records from Peaches in Greensboro, Sudd would later go on to learn from local greats Waleed Coyote and DJ Reflection at the famous 102 JAMZ radio station that serves the Piedmont Triad region.

Visiting the station with his cousin John John, who at the time was interning for Waleed Coyote, Sudd learned from basic observation.

“Stuff that I was hearing them do on the radio. Now I can actually see them do it… I just jumped right into it,” he said.

The relationship between Sudd and the radio station turned into more opportunities to grow his name and reputation as a party promoter, and the opportunities in the area were plentiful.

“I guess me being a hometown kid, and then going to college right around the corner [North Carolina A&T]. I just combined the best of both worlds. So if I wasn’t doing a high school party on this night, I was doing a party in the hood or I was doing something in the college dorms one night,” he said.

While college was a vital part of Sudd’s growing event business, classes started to get in the way of his professional aspirations. Often conflicted with the decision between class and once-in-a-lifetime opportunities like DJing at BET’s iconic show, Rap City, Sudd took a break from school after a year and a half at North Carolina A&T.

After college, he started growing his name as a mixtape DJ, helping to break regional and local artists through CDs distributed by a colleague, J. White– who now owns Greensboro’s Rich Girls Museum. The relationship would eventually lead to a connection with Street Execs, an Atlanta-based artist management and marketing firm that launched the careers of Young Dolph, Bankroll Fresh, Travis Porter, and 2 Chainz.

Spending more time in Atlanta to work with budding hip-hop trio, Travis Porter, Sudd started to help break records for the Street Execs in North Carolina, utilizing his networking skills to connect with DJs all across the state.

“I’m taking songs like ‘O Let’s Do It’ and ‘Go Shorty Go’ and ‘Turnt Up,’ and I’m playing them in the clubs in Greensboro. And I got it going so crazy in Greensboro, now the radio station’s playing it. So I was like A&R for the streets pretty much,” he said.

As Travis Porter started to bubble, Sudd hit the road with the group as a DJ while Street Execs co-founder Coach Teks started to focus more on the re-emergence of 2 Chainz. 2 Chainz was blowing up with the release of his debut studio album, Based on a T.R.U. Story, and Sudd’s experience as a DJ and promoter became very resourceful as Chainz’ star skyrocketed.

“When we [Street Execs] started managing 2 Chainz and he started going on the road, it’s like, I was already building my network of all these DJs I had in my database,” he said. “I had my log of DJs and promoters, and tastemakers in all these cities to where, when we went, I was already tapped in.”

Sudd was the obvious choice as 2 Chainz’ DJ when it came time to tour the globe off the monstrous studio album that debuted at number one on the Billboard 200 with booming singles like the “Birthday Song,” “I’m Different,” and “No Lie” featuring Drake.

“I was like, ‘How can I make myself an asset and not just be around?’ And that landed me a position, and we traveled the world a few times… and it’s a blessing,” Sudd said.

Performing at festivals like Coachella, Rolling Loud, and Made in America, also opening for artists like Drake, Nicki Minaj, and Eminem, Sudd and Chainz would spend three or four months at a time on the road traveling the world playing venues with sometimes as many 100,000 plus people in the crowd.

While on the road with now-megastar 2 Chainz, Sudd never stopped working on his own brand, and never forgot about the Carolinas. He’s pushed mixtapes under the “No Stress” series since 2010; the mantra became a fashion brand and then turned into a music festival. 2 Chainz headlined the first No Stress Festival in July of 2015 at Ziggy’s Music Park in Winston-Salem, and the lineup featured North Carolina-based artists like Tigo B, Deniro Farrar, and Armani Caesar. The festival returned in 2018 to Greene Street in Greensboro, hosting artists like Charlotte’s own DaBaby, Key Glock, Luke Nastyy, Yung Baby Tate, and SmileyFace.

Lately, Sudd’s focus has shifted to developing artists. In May of 2019, he met a young Winston-Salem rapper by the name of Tobias Dejuan Johnson (aka SauxePaxk) at the 102 JAMZ Car Show that featured Gucci Mane, DaBaby and City Girls. Sudd invited him to a showcase in Raleigh and then in Greensboro, and was mesmerized by the stage presence and energy of his performances.

“You can meet him one time and he will make you feel like you’ve known each other for four or five years,” he said of Johnson. “He was a kid, but he’s been here before. I’m not gonna call him a grown man, but like, you know, he was mature for his age…super intelligent.”

After spending months recording with SauxePaxk, cultivating his sound, and elevating him up the ranks of Sudd’s music industry web, he was signed to Columbia Records in 2020. Sadly, neither SauxePaxk or Sudd were able to see it come to fruition. Johnson died of an apparent overdose on November 6, 2020 in Houston, Texas at the age of 17.

Having lost his father in the same year and his grandmother not long before, Sudd has been forced to deal with real life problems that have tested his “No Stress” lifestyle motto.

“You know, all these losses that I’m taking. It’s like, it’s sad to say it’s a part of life. You know what I mean? And I’m not the only one dealing with it,” Sudd said. “These last few years have been crazy. But it’s like, well, for what I’ve been going through, I got some Ws coming…And I’m not going to let my boy’s legacy die.”

Sudd’s outlook is decidedly optimistic despite the circumstances. With unreleased music and even a movie (Dolo) that was shot before SauxePaxk’s passing, Sudd will continue to share his legacy with the world.

Now managing a bright new singer-songwriter by the name of Anella Herim from Trinity, North Carolina, Sudd continues to work behind the scenes to propel musical talent in his home state, being a scout for the streets.

“Music was everything for a while, man. Until my daughter came along two years ago… It made me realize everything got to be for a reason. You know what I’m saying? I gotta move smarter,” he said. “In order for me to really win, I got to put other folks in a position. And we all win together. So I guess that’s the motto for 2021, we all win.”

From cooking to cocktails to gardening, Charlotte's Homegrown Tomato Festival has you covered
Previous