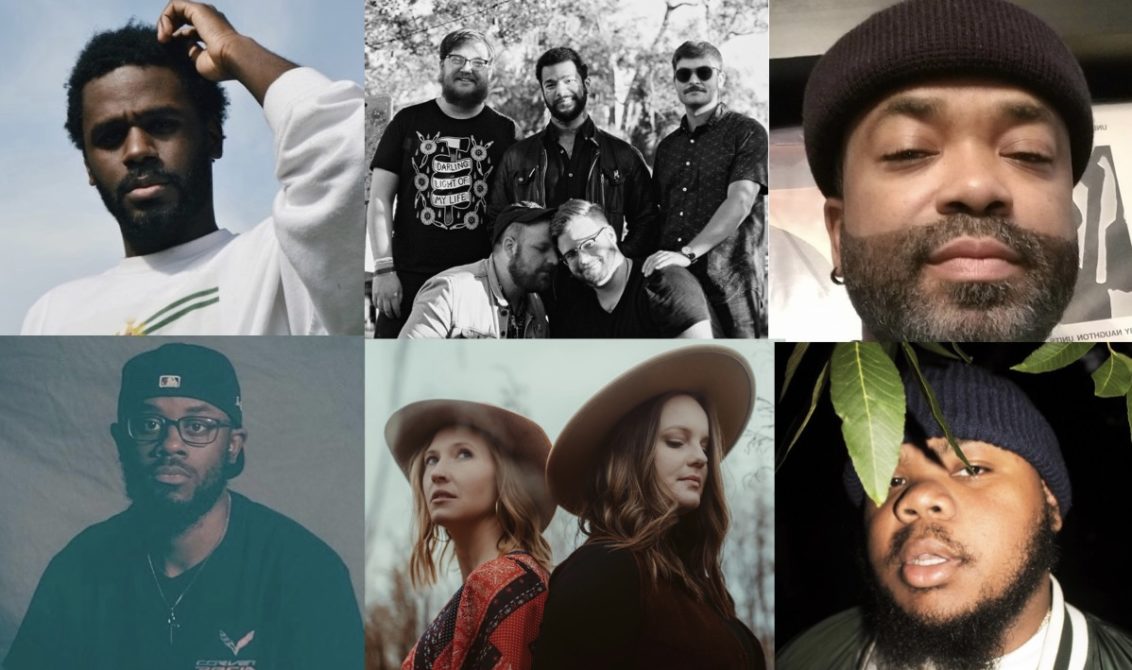 After a full year of live shows, many of our local venues are now hitting their stride and recuperating from the pandemic. As the city continues to grow, the music scene will continue to flourish with time-honored staples and newcomers abound. Our monthly snapshot of the many talented bands and artists playing shows at our beloved local independently owned music venues.

Snug Harbor will host a trio of NC lyricists who will surely bring some high-energy sets to the cushy Plaza Midwood venue. The playful and mercurial raps of Phaze Gawd are fully displayed in his latest single, “Energy,” featuring “The BasedGod” himself, Lil B. Charlotteans are in for a treat with Durham rapper Jooselord, whose mosh-heavy brand of rap has garnered him the moniker the “Moshpit Messiah.” Coming off his latest eight-track project, Invi$ible Bully 2, Charlotte rap mainstay VVG also joins the bill.

DIY singer-songwriter, producer and multi-instrumentalist Te’Jani has quickly rooted himself in the Charlotte music scene working with artists like Elevator Jay, Erick Lottary, Cyanca, and sharing stage with Nia J, Tre Ahmad, Natalie Carr, and Mavi. Te’Jani introduced his talents to the world with the music collective, Living Quarters in 2020 and released his debut project, GIMP, in March. The ten-song EP showcases his dexterity in writing pithy ear-catching songs, which are accompanied by a series of creative videos by the Kovasckitz brothers. Te’jani will not only be celebrating the release of his new EP, On Prozac, on January 6, but he’ll also celebrate his birthday with Nashville-based indie rock trio, VEAUX.

An offshoot event of the social audio app Clubhouse forum Himalaya Playas, founded by north Charlotte rapper Cuzo Key, Snug Harbor will host a blend of local R&B and hip-hop talent. Headlined by Key himself with his signature laid-back fluid Southern raps over mood-setting production, he’ll be joined by lo-fi R&B singer-songwriter Autumn Rainwater, Makeda Iroquois and rapper/producer and singer Belmont Jon. The promotional material also suggests there will be a special guest.

Legendary vinyl sample purveyor, Gene Brown, will bring his entertaining “BeatDown” hip-hop music event to Booth Playhouse for the first time ever. A beat battle that matches iconic producers for a Verzuz-style competition, the event will feature hip-hop heavyweights Bink! and Nottz. Bink! is best known for beats such as “The Ruler’s Back,” “All I Need,” and “Blueprint (Momma Loves Me)” from Jay-Z’s Blueprint album and “Devil In A New Dress” from Kanye West’s groundbreaking My Beautiful Dark Twisted Fantasy. Nottz has worked with acclaimed artists such as Busta Rhymes, Scarface, Ghostface Killah, Royce da 5’9″, and Pusha T. The event will also feature battles between producers Stro Elliot and Tall Black Guy and 14KT and Teeko with special guest Supa Dave West.

Coming off their impressive debut self-titled EP, Charlotte indie rock outfit Dreamboat will start the new year with a Saturday night rock show at The Milestone with Julian Calendar and Wild Trees. With frontwoman Sydney Niebor’s dynamism on stage accompanied by Nic Pugh (guitar), Caiti Mason (bass) and Nicholas Holman (drums), Dreamboat is sure to have the walls shaking inside Charlotte’s oldest rock venue. Opening the show will be Charlotte experimental bands Julian Calendar, led by Jeremy Fisher and Jeff Jackson, and Wild Trees who recently performed at Raleigh’s Hopscotch Music Festival.

Charlotte indie-folk duo consisting of married front-women Courtney Lynn and Quinn Russell will make their return to the stage this month to Visulite Theatre. With heart-wrenching songs like “Fire” and “Better,” from their 2020 project, Remiss, the pair will be accompanied by a full band for an evening filled with emotive and soul-churning songs. The duo sold out their last Charlotte performance at The Evening Muse, so this month’s show accompanied by Americana group Striking Copper and indie folk duo fallift is sure to be a doozy.

The post-punk stylings of the multi-talented Bo White’s Patois Counselors will be paired with indie upstart Dipstick for this Saturday night rock show at Petra’s. The radiantly chaotic sounds of Patois Counselors is a real treat for any garage rock and punk music lovers. Their latest album, The Optimal Seat, showcases White’s ambidexterity in composing alluring experimental compositions with a talented rotating cast of musicians including multi-instrumentalist Lee Herrera. Dripping with ‘90s rock nostalgia, Dipstick, fronted by singer-songwriter Christian Spence, will perform songs from their debut album, Real Cool Sexy Machine, released in December.

A truly unique collaborative live music experience that started as a livestream during the pandemic, Sam on Someday is conducted by Sam Tayloe of the Americana band Time Sawyer and is brimming with talented musicians and artists. This month’s showcase will feature indie pop songstress Natalie Carr, Canadian singer-songwriter Mike Mckenna Jr., Steven Davidson of Coddle Creek, and Micah Cottingham and Steven Hall of indie folk outfit falllift. An amalgamation of multiple genres and instruments, the collection of artists will share fresh new material as well as beloved covers.

Dollar Signs, Off With Their Heads and Alright

Trent Thompson has built a following with his brand of emotive guitar-driven foot-stomping rock ‘n’ roll. Departing from the poppier sound of his original band Reaves, Thompson’s music is rooted in Southern rock with his lyrics often addressing the hypocrisy of religion. Although he has yet to release a complete project, a full album or EP is certainly anticipated.