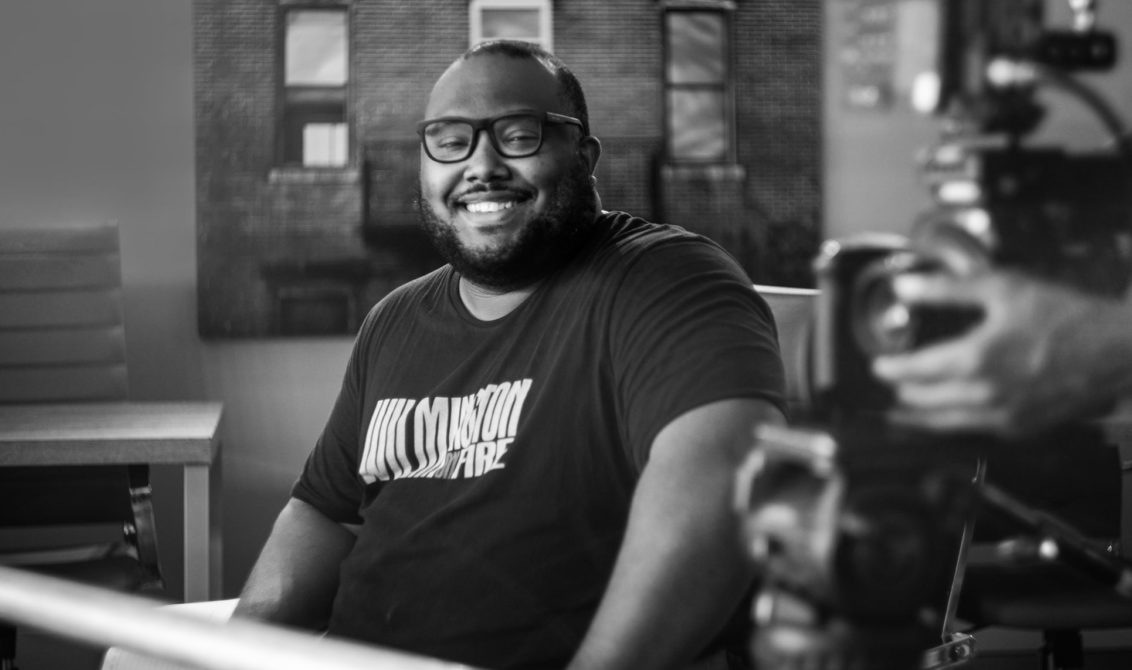 Near the end of the documentary, Wilmington on Fire— a film about the race-fueled political insurrection known as the Wilmington massacre in 1898– community activist Daawud Muhammad says, “It’s gonna take a younger generation of people that’s gonna move in with a more universal approach…and that’s what’s eventually going to happen…Wilmington is going to rise back up.”

Those words echo the resilience of many Blacks in the South who have endured systemic and nefarious political practices throughout several generations. Wilmington once was the largest city in the state during the late 1800s. It was a progressive and forward-thinking city, with over half of its citizens being Black, many of them skilled workers, businessmen, and even politicians.

This often forgotten history is exactly what compelled Chris Everett, a documentary filmmaker from Laurinburg, North Carolina to produce and direct, Wilmington on Fire, an eye-opening 90-minute film. It centers around the violent coup, when a large mob of white men violently overthrew the newly elected bi-racial Fusionist government in Wilmington.

“Black history was always, you know, taught in my family…we had these old Ebony magazines, and they used to come out with these Black history books back in the ‘70s, and my grandparents kept them, and so we would always go through those,” said Everett.

On family trips to New York as a kid, Everett would visit Black-owned bookstores and be required to write a book report. He recalls his first report on Jamaican political activist Marcus Garvey, a figure often left out of the educational curriculums in America. The books piqued his interest in history, and he became fascinated with documentaries, mainly by historians like Ken Burns.

“As I got older, you know, I would see that you didn’t really see a lot of these types of [Black history] stories being told in the media, and you rarely saw documentaries as well,” said Everett.

Everett, who graduated as a graphic design major at King’s College (in Charlotte) in 2006, was also an aspiring actor. But when he watched the 2008 documentary, Banished, by filmmaker Marco Williams– which detailed forgotten stories of racial cleansing in the South– his focus shifted from in front of the lens to behind it. In 2010, after being laid off from his full-time graphic design job in Atlanta, Everett moved back home to Laurinburg to work on his first documentary film, Wilmington on Fire.

Everett started production in 2011 using his own money and proceeds from crowdfunding campaigns. He also got support from film producer and internet personality Tariq Nasheed (Hidden Colors), who helped with seed money, and director Pete Chatmon (Insecure, Silicon Valley, Grey’s Anatomy, Black-ish) who came on as an executive producer. While raising money for a documentary can be an arduous process for a first-time filmmaker, Everett got a bit of unexpected luck when an investor helped him get the documentary to the finish line. Two-time NBA All-Star and champion, David West, came across the project towards the end of production through an article by Mark Anthony Neal, Professor of African & African American Studies at Duke University.

“He [West] thought the film was done. I said, ‘Man, it’s not done yet.’ But he said, ‘Well, how much do you need to get this thing done?’ So we partnered together to finish it,” said Everett. “He [West] gave me the production funds, and that’s how we got the thing made. David just came in at the end and really changed my whole life.”

Everett expressed his gratitude to Neal as well, who wrote about the project on his blog NewBlackManinExile.net, and got the attention of West who wanted to learn more about the film.

“I always say thanks to both of those brothers all the time for doing what they did. They didn’t have to do that…this film wouldn’t be out right now if it wasn’t for those two,” said Everett.

After finishing production in 2015, Everett set his sights on screening the film at Cucalorus Film Festival, specifically at Thalian Hall. The Wilmington festival, founded in 1994, is not only hosted in the city where the massacre took place, but Thalian Hall is a building where key rallies were held to plot the coup d’état. The festival occurs annually in November, the same month the insurrection happened in 1898.

“I said, ‘I gotta have it at Thalian Hall,’ because it’s symbolic to the film… So they put it in there. And I’m thinking like a couple hundred seats will sell, man, we ended up selling out the thing a week before the screening,” said Everett.

Everett broke the attendance record at Cucalorus and also had success screening the film at the Carolina Black Film Festival and Pan African Film Festival in Los Angeles. The documentary had a big impact beyond theater walls as a much-needed educational tool to teach current and future generations about the bloody truths of American history in the Carolinas. Through his work with school curriculums, company diversity and equity training, and even the Wilmington Fire and Police departments, Everett wants to make the film accessible as a learning experience.

In 2019, during a congressional hearing on slavery reparations, Julianne Malveaux, an economist and political commentator urged everyone to watch Wilmington on Fire. It was a moment for Everett to reflect on his journey in completing his first film and what it means moving forward.

Dr. #JulianneMalveaux speaks at the Congressional Hearing on #Reparations and mentions the Wilmington Massacre of 1898 and tells everyone to watch @wilmington1898! Watch the film here: https://t.co/E76Lbxk4gr pic.twitter.com/aiIJO7dOhd

Now a more seasoned producer and director, Everett and his company Speller Street Films are preparing to release Wilmington on Fire: Chapter II. The follow-up film focuses on the community today and the continuing fight for justice and equality in the city of Wilmington. The story is told from the perspective of the people in the community– entrepreneurs, activists, historians, and others– who strive to make a positive impact. People like Gerard and Tracey Newkirk of Black business development company, Genesis Block, and Cedric Harrison, founder of wilmingtoNColor, a Black history tour bus that details the Wilmington massacre.

“We want to show the importance of preserving Black history and culture in the city,” said Everett. “Now it’s time to make some real change and Wilmington on Fire: Chapter II shows how the community is making that happen in Wilmington today.”

Everett is now firmly rooted in the North Carolina film community as a board member of Cucalorus Film Festival and the North Carolina Black Film Festival. He is also the program manager at Southern Documentary Fund, a non-profit supporting documentary filmmakers in the South, and a guest curator at Cary Theater for a Kung-Fu film series, his other big passion. Everett is also working on a documentary film on Grandmaster Vic Moore, one of the first Black Americans to win a major karate competition in 1965.

With a growing population, the tides might be changing in the state’s largest port city. Wishful thinking for many but, as Daawud Muhammad intoned in the first film, change will hopefully come to light leading to more prosperous times and a resurgence for the Black community in Wilmington to indeed “rise back up.”

Hornets Innovation Summit will award $15,000 to a minority business owner in the Charlotte area
Previous