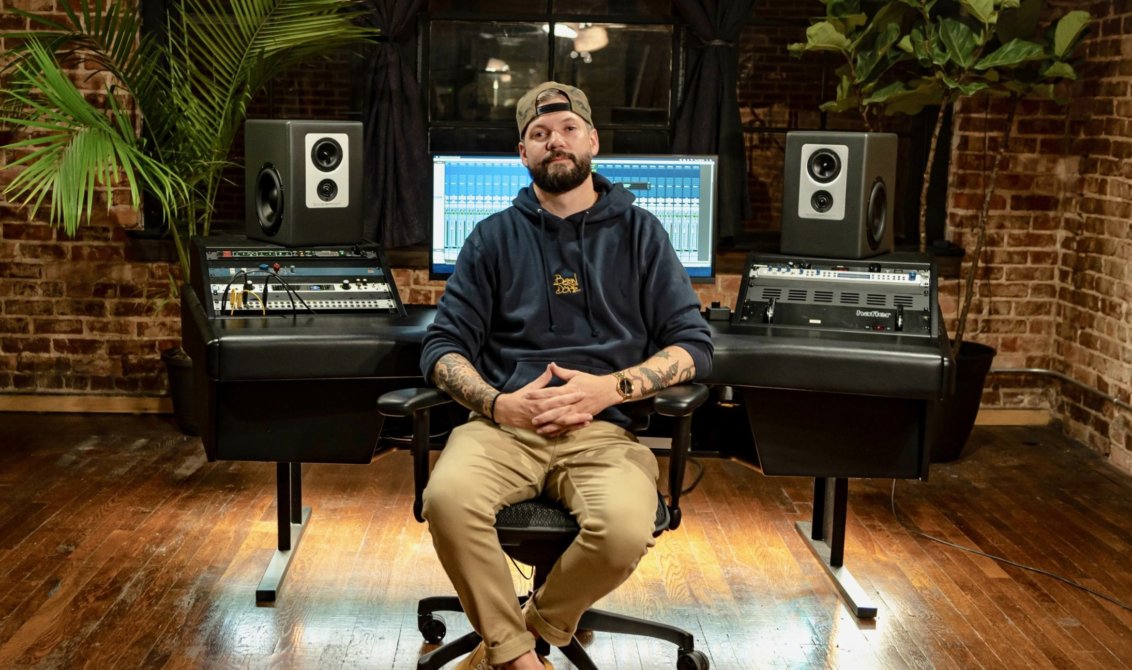 Kevin “Black Pearl” McCloskey is mixing the sound of Charlotte

You may have heard the name “Pearl” or “Black Pearl” in music circles amongst your favorite hip-hop artists in the Carolinas. Often producers who garner most of the name recognition and publicity, Kevin “Black Pearl” McCloskey is the mixing engineer for some of Carolina’s elite rappers. While his craft and expertise is in combining the separate drums, instruments, and vocals to create an impeccable product for his artists, McCloskey in many ways is mixed into the fabric of the ascending hip-hop sound of Charlotte and the Carolinas. He’s mixed engineered DaBaby’s mega-successful albums Kirk, Baby on Baby, and Blank Blank, in addition to working with artists like Buddy, Casey Veggies, Lil Mosey, and more regional artists like Elevator Jay, Erick Lottary and Cyanca.

A true Charlottean born at Presbyterian Hospital and raised on the east side of the city, McCloskey attended West Charlotte, despite being zoned in the Garinger district. Playing the snare drum in high school, he was fully immersed in music, and participated in jazz, concert, and marching band. Growing up during a very distinct era of hip-hop in the early 2000s his musical influences were all southern rap. “Raised on the east side of Charlotte, all we listened to was OutKast and Three 6 Mafia, period. You might get some UGK or something like that,” he said while we lounged in his new studio atop the historic Latta Arcade in uptown.

Recently relocated from Beatties Ford Road, McCloskey and his apprentice, producer and engineer Danny Hurley aka “D. Hurl,” moved from a commercial studio space to create more of a vibe and creative headquarters for friends and artists. Now that there’s an influx of major label work coming in, there’s less pressure to bring in new clients, but that doesn’t prevent him from taking on new projects. “Now, it’s more like, right place, right time, If you catch me, I’ll definitely work with anybody,” he said.

While mix engineering work is a lot more fruitful today for McCloskey, it wasn’t always that easy. Choosing to attend an HBCU after high school because of his passion for marching band, he’s always been a bit of an outcast himself. “Honestly, there were probably more white people that went to Central than to West Charlotte. I think I graduated with like three white people out of like 300.” His experience traveling with the North Carolina Central University marching band as the drumline captain proved to be one of his most cherished memories and validated his decision. “Just to see bands perform in front of thousands of people, like four or five years in a row, where it’s like standing ovations when you get done, like, that’s wild shit, and something a lot of people don’t get to see,” he said.

While attending North Carolina Central University in Durham, McCloskey would linger in front of the studio of Scaz Digga, the DJ for legendary rapper Big Daddy Kane. Having dabbled in hip-hop production with an old version of Reason (music studio software) to build drumline cadences, McCloskey had a growing interest in engineering and music production. Hanging outside of the studio, he exhibited a level of patience and persistence rarely seen in today’s digitally connected generation. “I used to just sit out in front of the studio. I came one day, and was like, ‘Hey, can I come back?’ He’s like, ‘Yeah, whenever.’ I was like, ‘okay, cool.’ And this was before cell phones,” McCloskey said. “I sat in front of that shit for like two hours before he showed up. He was like, ‘Oh, what’s up? How long you been out here?’ and I’d be like ‘Oh, not that long.’”

After apprenticing under DJ Scaz and leaving Central, McCloskey wanted to take his sound engineering education to a higher level. He enrolled at Full Sail University in the spring of 2009 and, while discouraged by the program and the institutionalized music production education the school offered, he still maintains a lot of relationships from his studies there. “The one thing I did find at Full Sail was a handful of go-getters. That really helped push my career forward,” said McCloskey. “People that went to LA, people that went to New York. They do have the people and the networking, and at this point, where I’m at in my life and career, it was probably worth it.”

While at Full Sail, he also learned he was going to be a father. Moving back to Charlotte in early 2010 to regroup, he was introduced to James Blackmon aka Elevator Jay by a mutual friend Mark Williams. They worked together on the 2011 mixtape Goin Up?, while he was picking up engineering work at the Queen City Underground studio at the Music Factory. North Carolina R&B artist Kino Watson allowed him to engineer at the studio for experience. “Eventually, I started to get paid a little, but I just was like, ‘Yo, I just want to work in a studio.’ And that was what I did for like six months until my child was born.”

After moving back to Florida for a year, he returned to North Carolina to study under mix engineer King James in Durham, and worked a full-time job while trying to manage his own engineering business and studio. When business didn’t pop, McCloskey had to make some decisions, one of which was moving back to Charlotte.

When he returned to the city he linked up with producer Sean Da Firzt who had been working with an artist by the name of Baby Jesus, now known as DaBaby. McCloskey’s first project with DaBaby was the “Dab City” track when the Panthers went on their 15-1 Super Bowl run in 2015. Long before DaBaby’s first billboard topping albums, McCloskey was ready to put his skills and business in the forefront: “I’ve been going through the gauntlet for the past year, paying people to teach me how to mix and to teach me the game. And so when I came back, I was like, ‘What are you paying for mixes?’ And they’d be like, ‘Oh, I’m paying like $100, so I would do it for $60.” Locked-in to building his business portfolio, McCloskey put in the work. “I would do like 30 or 40 mixes a month and it was like ‘Oh, Kevin mixes like everybody’s shit.”

After mixing for many of the biggest artists in the region and engineering multiple chart-topping hits for DaBaby, McCloskey seems more focused on enjoying his time at the new uptown studio and nurturing organic creative relationships. “Moving forward. I’m appreciating a lot of things. I’m appreciating the friendships that I have, you know, the people that I’ve met, just the interactions,” he said.

As for the future of Charlotte and North Carolina’s burgeoning hip-hop landscape, he thinks the city is right on track. And, for McCloskey, D. Hurl, and Black Pearl studios, they’re right where they want to be. “I think we’re doing exactly what we should be doing. We’re doing a lot of stuff behind the scenes, we’re establishing foundation right now,” he said. “We’re just building something that we want to be in, something that we’re proud of, that we can vibe in. And what starts happening from here, it’s what’s supposed to start happening.”