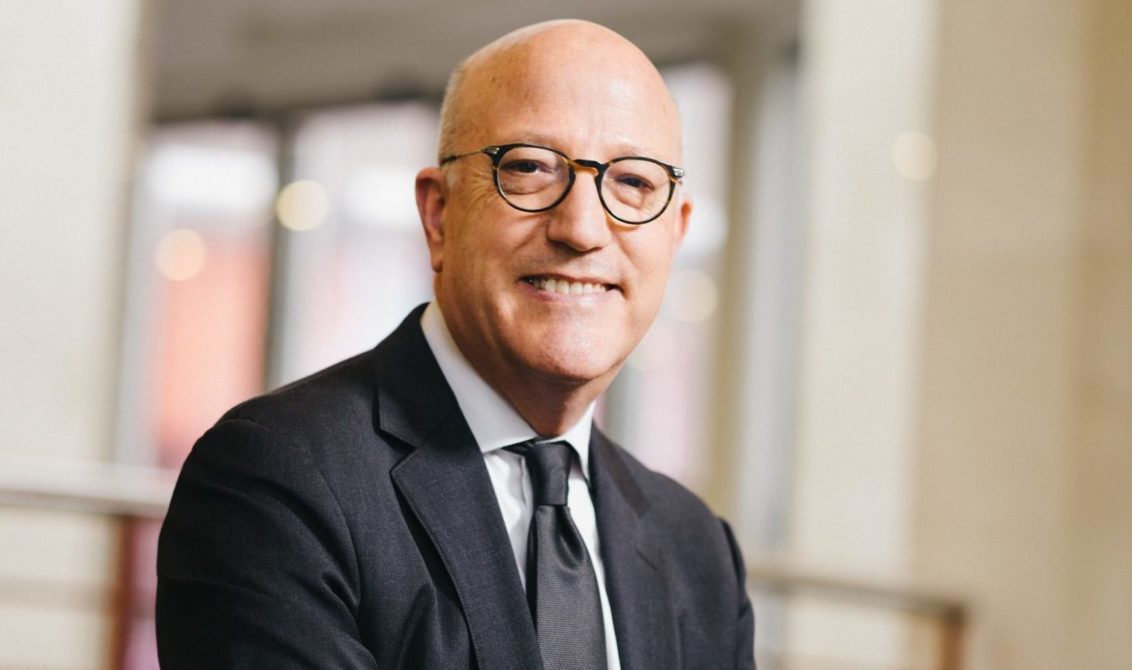 When Tom Gabbard, CEO of Blumenthal Performing Arts first came to Charlotte in 2003, the city’s arts and cultural scene looked a lot different than it does today. Prior to Charlotte Bobcats Arena (now the Spectrum Center), Knight Theater, the Gantt, and the Becthler, Uptown Charlotte was a barren place for entertainment. Gabbard, a native of San Jose, California, who comes from a NASA family (his father and uncles worked for the organization) looked at Charlotte through a different scope.

“We really keyed in on the dynamism that was a part of this city. And you know, it was a city that was welcoming to newcomers that had this can-do attitude,” Gabbard said. “I always tell people that are new to Charlotte, that the most important thing you can do is roll up your shirt sleeves and get involved, if you do that, then you’re going to be welcomed here.”

Prior to arriving in Charlotte, Gabbard served as the executive director of the Arvada Center for the Arts and Humanities in Denver, Colorado, and the Weidner Center for the Performing Arts in Green Bay, Wisconsin. He was also a founding managing director of Pepperdine University’s Center for the Arts in Malibu, California. Having experience managing arts organizations in different regions of the U.S., Gabbard yearned to make an impact on the burgeoning banking city.

Charlotte’s commitment to the arts was cemented in 1992 when the Blumenthal Performing Arts Center officially opened through a true private-public partnership. With a large private donation coming from the Blumenthal Foundation created by I.D. Blumenthal, an automotive products tycoon– Charlotte wasn’t considered much of an arts city. When Gabbard took over the duties of former president Judith Allen in 2003, the performing arts center was in good shape and had just celebrated its ten-year anniversary, bringing the musical Lion King to the city for the first time.

“It’s something that really has evolved, because at that point in time, I would say that the arts were more of a corporate strategy,” said Gabbard. “I wanted to be in a place where what I did mattered to the community.”

Gabbard’s contributions since his arrival in Charlotte have certainly mattered. In 2017-18, Blumenthal Performing Arts celebrated its 25th anniversary, culminating in a four-week engagement of 11-time Tony Award-winning musical, Hamilton. The current 2022-23 season boasts multiple Best Musical Tony Award-nominated shows like Jagged Little Pill and Tina: The Tina Turner Musical, along with hot Broadway tickets like SIX, MJ, and established productions like Les Miserables, The Book of Mormon and Chicago. And, while the city has certainly enjoyed a medley of top-tier productions over the years, an overseas hip-hop dance festival called Breakin’ Convention helped Gabbard steer Blumenthal Performing Arts into a new era.

“That [Breakin’ Convention] was probably the most transformative thing during my tenure here that got us started on an entirely different path, because it got us working outside of our venues, it connected us with a whole different group of artists, and audiences,” Gabbard said. “It taught us so much about how to interweave these international artists, we’re bringing from all over the world, with local artists.”

Breakin’ Convention allowed Blumenthal Performing Arts to connect with local breakdancers, DJs, artists, lyricists and poets in the community. In 2016, the event served as a peaceful diversion for a wide-ranging audience after the killing of Keith Lamont Scott and the subsequent protests that shook the city. Breakin’ Convention spawned relationships with local multi-media artists like Bree Stallings and award-winning poet Boris “Bluz” Rogers. Stallings is now the Director of Artistic Experiences and Rogers the Director of Creative Engagement.

Stallings and Rogers have made an immediate impact by incorporating more local talent with concepts like We Are Hip Hop, a series of performances and art activations celebrating Charlotte’s budding hip-hop culture. Stallings also led a program meshing the local arts community with Immersive Van Gogh, the massive virtual reality exhibit which saw over 300,000 attendees. Fifty local and regional artists participated in creating merchandise for the production and shared close to half a million dollars in revenue, according to Gabbard.

“We really are proud of what we did to create an important place for local artists that had a monetary value. You know, it wasn’t just saying nice things about local artists, it was actually generating cash for them at a time when many of them really needed it. I think part of our success here was having Bree Stallings on our staff,” said Gabbard.

Having served on four crisis task force groups as a leader in the Broadway industry, Gabbard had a pivotal role in helping to restart Broadway shows and major venues in North Carolina as a co-chair of NC Live Coalition. Charlotte was one of the first four cities (among Chicago, San Francisco and New York) to host the Immersive Van Gogh exhibit in 2021. With a new air purifying system and contactless transactions for parking, tickets and concessions, Blumenthal Performing Arts has hit the ground running since reopening.

“There’s no question that Uptown has been hit perhaps harder than other parts of our city by the pandemic, just in terms of economic vitality. So we’re hoping to see these shows be a catalyst to get more people in the restaurants and into hotels, and re-energize Uptown,” he said.

Looking ahead, not only will Blumenthal Performing Arts host the largest number of titles in its 30-year history this year, the organization will produce its inaugural Charlotte International Arts Festival. Celebrating local and international arts across multiple mediums from September 16 to October 2, 2022, Gabbard hopes to bridge more gaps and connect cultures through art.

Nearly twenty years ago, Gabbard sought to make an impact in the city when he and his wife Vickie moved here. And, while he certainly has led the success of performing arts in Charlotte, his most important work may still be on the horizon.

“Charlotte has always given me those new chapters, and a realization that what we’re doing is really making a difference in community life,” Gabbard said. “And that’s something that keeps me fired up.”

Check out the details on 2022-23 Broadway season and packages from Blumenthal Performing Arts.

Shaky Knees returns to Atlanta for second time in a half a year with Green Day, Nine Inch Nails and more
Next